Every year a number of local SEOs take on the unenviable task of predicting the ins-and-outs of the local SEO industry for the next 12 months. 12 months can be a long time in local search, and predictions typically have a habit of going wrong.

We’re sure that you’ve already read more than enough predictions for 2015 in Local Search – and most of you probably have a few of your own. So we thought it would be interesting to have a look back at some of the more common local SEO predictions that were conjured up this time last year – forecasting the year 2014 – and all the SEO delights it had in store.

We’ve picked a few predictions which stood out and were generally the most common, or most interesting of those which were mentioned in the dozens of articles published leading up to the start of 2014. We haven’t credited (or blamed!) any SEO for the predictions – as we didn’t think that would be fair. It’s less of a look at the SEO prophesiers themselves, and more of a look at what the industry expected (or hoped, or even feared for!), in the months ahead.

Increased competition & keyword saturation will ensure that national companies with a regional presence start to focus more and more on a national-to-local approach.

It may be the case that more larger brands are focusing on local search, but it’s fair to say that a number of them have yet to embrace it on a successful scale – despite their brand recognition & awareness. 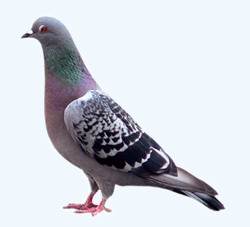 Jared Del Prete highlighted a few of the obstacles that larger brands face, in a recent SEL post. Jared stated that “many retail enterprises struggle with data management and profile listings management”, highlighting the fact that common NAP issues which every local business can face – are often far more complex and troubling for larger, multi-location organizations.

In 2014, a setback for big brands was the introduction of the Google Pigeon update in July. Andrew Shotland pointed out that Pigeon had made it more difficult for big brands to rank in local search, due to an increase in spam and a narrowing radius of local proximity in local search results – which is unfavorable for out-of-town retail stores, etc.

Both of these factors contributed to a more complex local landscape for bigger brands in 2014.

Local businesses will need to take a closer look at their content marketing, as writing & distributing informative, fresh content that provides direct answers to search queries will be imperative for ranking high in SERPs.

It could be said that this one is slightly easier to judge. Although the concept of “content is king” has been around for several years, Google simply became more advanced at providing answers to searches with the introduction of Hummingbird in October 2013.

Of course, Google had already introduced Hummingbird before the 2014 predictions rolled in, but it still heavily featured with many local SEOs pointing out that producing rich, fresh & valuable content was the way forward – and this is unlikely to change in the near future.

Many local SEOs expected social signals to being to affect Google’s algorithms. In readiness for this, local SEOs should ensure that they are taking positive action to improve the state of their social signals.

Social shares are definitely not the new back-link, but what’s the correlation between social shares and search rankings? Currently, the industry recognizes that social signals are incredibly important in establishing authority, but there is still no direct proof that Google considers social signals as a ranking signal.

According to the 2014 Local Search Ranking Factors, social signals and review signals make up roughly 16% of how well you’ll rank in the search results. While that may not seem like much in the great scheme of things, it may be the difference between ranking above or below your direct competition.

In a recent post about the 2014 Local Search Ranking Factors, Myles Anderson noted that in the last three years, the impact of social signals has remained at a consistent yet low level; “Google doesn’t entirely trust social signals as they can be easily gamed”.

Of course, the more times content is shared, liked, re-tweeted and posted, the more valuable it becomes. So even though there may still be a gap between social media, content marketing, and SEO, it is one that  is closing – just not necessarily at a lightning pace.

Optimizing a site for mobile search will mean the difference between being found on a mobile browser and not. In 2013, Google gave more prominence in mobile SERPs to local businesses that properly optimized for mobile, and this will be a growing trend in 2014. Some websites could even be penalized by Google if they’re not optimized correctly.

It seems like every time we approach a new year, in anticipation it is nicknamed ‘the year of mobile’. Yet there’s a legitimate case for calling 2014 just that.

In November, Google announced the launch of a mobile-friendly test tool to see if your website passes their criteria for being mobile optimized or not. In addition to this, Google added a “mobile-friendly” label in its search results next to sites that pass this criteria.

It’s a safe bet that mobile searchers are more likely to click through to a page labeled “mobile-friendly” than one without that label, but also crucially, Google stated that: “we see these labels as a first step in helping mobile users to have a better mobile web experience. We are also experimenting with using the mobile-friendly criteria as a ranking signal.”

There will be more focus on ratings & reviews

As more people create Google+ accounts, more people will leave reviews, which will result in reviews playing a more important role in local search. Google will also give more benefit to businesses with verified Google listings, including the ability to see customer reviews in their Places dashboard, and the ability to reply to those reviews.

Firstly, on June 11th, Google rolled out Google My Business, a significant upgrade to Google Places /+Local. This for one, gave local businesses the ability to manage all their reviews, ratings & data on one dashboard.

The power of online reviews is perceived to have gone up over the last 12 months. In the 2014 Local Consumer Review Survey, 39% said they read online reviews on a regular basis (vs. 32% in 2013), and 88% of consumers say they trust online reviews as much as personal recommendations (vs. 79% in 2013).

Online reviews are gaining in prominence, and the ability for local business owners to ‘manage’  or respond to their reviews directly from the Google My Business dashboard, gives them a stage to further flourish.

Over the next year we’ll see all of Google’s services become more tightly merged with everything held together by Google authorship. Rel=publisher is going to become more important for businesses that want to represent themselves on Google+ as a business page instead of an individual.

This one is fairly conclusive. Matt Cutts originally noted back in 2013, that Google would be “looking for a 15% reduction to ensure that the quality of the authorship is still high and relevant.” However, by June, Google had removed all author photos in global search.

Following up on the disappearance of authorship photos, in August 2014, John Mueller announced that Google would stop showing authorship results in Google Search, and would no longer be tracking data from content using rel=author markup. Mueller stated that Google’s research found that displayed author information wasn’t “as useful to our users as we’d hoped, and can even distract from those results.”

Schema will also become more important for websites. Make sure that you’ve got your address, reviews, products and other data marked out clearly, as this will make it easier for Google to crawl your site and therefore, make it easier to rank.

As the way people search becomes more varied, eg, apps, voice search, mobile, etc. – to provide answers in all of these environments, Google is looking more and more to provide a direct answer to any given search query. The source of which relies on identifying clearly what content it is about and what it is associated with, and then being able to reliably trust that information and provide it to searchers on multiple devices.

It’s important to invest in efforts such as marking up your content. Every local business with a physical address for example, can display NAP information, as well as email address, etc.

2014 will be the death of fake reviews

In the 2014 Local Consumer Review Survey, 32% of those surveyed said they will trust a customer review just as much as a personal recommendation, as long as there are multiple reviews to read. However, a further 30% said that they will only do so IF they believe the review to be authentic – underlining the fact that authenticity is equally as important as quantity.

Fake reviews aren’t dead. They are still a problem but more forceful actions are starting to be taken. In January, Yelp CEO Jeremy Stoppelman revealed that by the start of 2014, Yelp had slapped 285 listed businesses with Consumer Alerts – a procedure to highlight that a company had gone down the route of acquiring fake reviews.

In the same month, Mike Blumenthal wrote in a post that “fake reviews are illegal plain and simple. The rewards of fake reviews are positive. The risks on the other hand, while infrequent, are very high.”

The obituary for fake reviews may have to be postponed until 2015, at least.