In Local SEO, a lot can happen in a year.

Whilst many of us are busy reading & making our own local search predictions for 2016, it can be useful to take a step back & review the last 12 months in full. So we’ve put together a quick guide to 2015, and the biggest local SEO events which unfolded within it.

We’ve picked out some of the biggest news stories from each month, and linked to the sources we found most insightful. Happy New Year!

At the start of the year, BrightLocal published findings from the 2014 SMB Internet Marketing Survey: 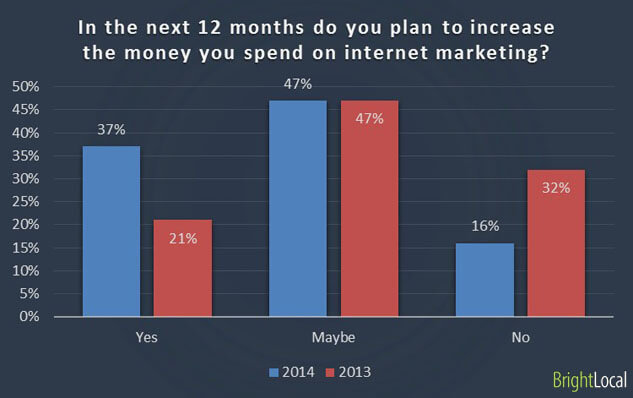 Ahead of Super Bowl 49, won by the New England Patriots, Bing released a series of Map updates including satellite imagery, streetside imagery & a detailed map of the University of Phoenix Stadium in Glendale, Arizona. 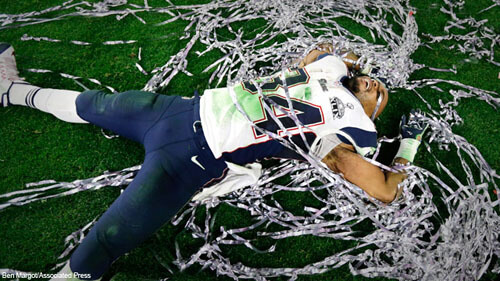 An exciting new update saw Google My Business give users more control over their business photos. Google announced several new features, including the ability to choose which images you want to appear when customers search for your business. Options included profile, logo & cover images as display for maps and search. 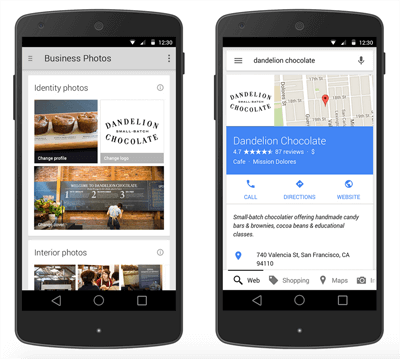 Google began testing an option to Live Chat with businesses in the local knowledge box. Only available to some businesses, the button would immediately launch into a chat via Google Hangouts (on desktop & mobile). Spotted by @MattGibstein.

A promising end to 2014 saw eMarketer having to readjust its ad revenue forecasts. A report in February suggested mobile ad spend will account for a staggering 83% by 2018.

“The Leader in Local Search Just Reinvented It”, claims YP as it launched the ypSearch Marketplace, which helps to maximize clicks, calls and conversions by connecting to markets at the local level.

Research from the Local Search Association showed that mobile devices were now used more often than desktop for local searches. The findings coincided with a new study entitled ‘The “Mobile Fanatics” – How Mobile is Transforming Local Shopping.’

BrightLocal enlisted the help of 22 local search experts in the Expert Citation Survey 2015:

Google published an update to make clear its algorithm intentions towards doorway pages; “We have a long-standing view that doorway pages that are created solely for search engines can harm the quality of the user’s search experience.” 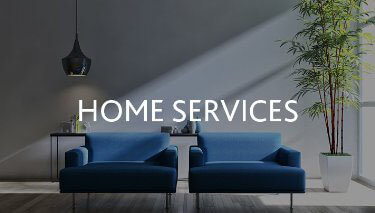 It was reported that Apple’s Maps app had started including reviews from not only Yelp, but also TripAdvisor & Booking.com on some hotel listings.

Edward Snowden in the President’s office

He’s now Director at Freedom of the Press Foundation, but back in April Edward Snowden (or ‘Edwards Snow Den’) was officially in the White House…. according to Google Maps via Bryan Seely.

Phil Rozek published an interview with Bryan Seely in May 2015.

In 2013, Google previewed a new version of desktop Maps, and in April 2015, the original version was shut down for a new “lite mode” of Google Maps to replace it.

Google unveils ‘Collections’ for Google Plus

After initial testing in April, Google rolled out the new Collections feature in early May 2015. The release foreshadowed news of a new Google+ in December, as a place for interests, ‘Communities’ and ‘Collections’. 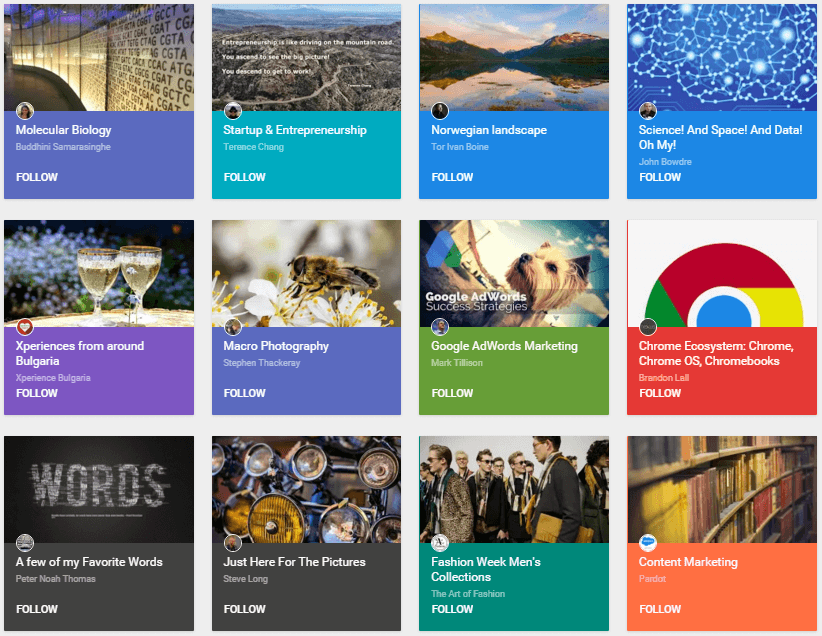 “Map Maker will be temporarily unavailable for editing starting May 12, 2015. We are terribly sorry for the interruption this outage might cause to your mapping projects. Please bear with us and plan your activities suitably.” 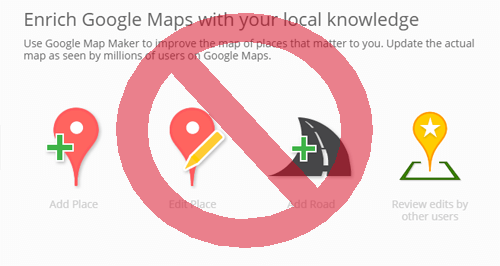 Unrelated to the Map Maker suspension, if users searched for an offensive term in Google Maps, then they would be directed to the White House. This later affected Howard University also.

“Some inappropriate results are surfacing in Google Maps that should not be, and we apologize for any offense this may have caused. Our teams are working to fix this issue quickly.”

Following the mobile friendly update we launched a survey to discover how consumer usage of mobile & mobile devices to find local businesses had changed:

Yahoo confirmed that it was shutting down Yahoo Maps at the end of June. The announcement, which was made in a product report for 2015, also highlighted the closure of several other products, including Yahoo Pipes.

In July, Bing made several improvements to the Bing Maps Preview, including higher quality results, auto-suggestions,  and a consistent search bar. Now users could enter their trip details & view an estimated drive time.

Following spates of Google Maps vandalism, Map Maker was temporarily suspended in May 2015. However, by mid-July, Google had announced that it would be reopened for editing in early August. It was also announced that more community moderation would be employed to prevent further incidents. 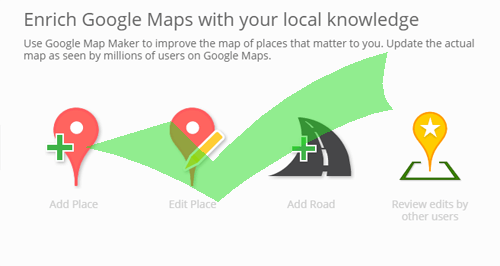 It was noted that Google had begun testing sponsored results for home services, after Dr. Pete Meyers of Moz spotted a test result for “plumbers” in San Francisco.

In a quarterly report, Yelp’s number of mobile unique visitors surpassed those from desktop for the first time. “Consumers are increasingly turning to apps when using their mobile phones, and we are excited about the growth we’ve seen in app usage,” stated Jeremy Stoppelman, CEO of Yelp.

A  German consortium of car manufacturers (BMW, Mercedes-Benz parent Daimler AG & Audi AG) successfully bid $3 billion (€2.8 billion) for HERE Maps, which they use in their dashboard navigation systems. With Google already testing its own self-driving cars, the HERE acquisition was important to secure access to the detailed maps which will be required by smart vehicles of the future.

The Google 7 Pack becomes a 3 Pack

With the reduction of the 7 pack to a 3 pack, Google reduced the opportunity for local businesses overnight. The new display provided more opportunity for Organic results, and many saw the move as a push toward AdWords. 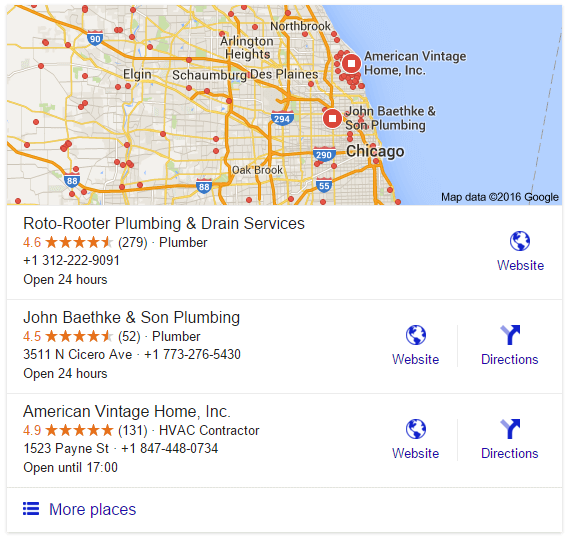 Google started showing organic results in the Local Finder panel. The results were only related to the particular business being viewed, and often included competitors & directories. 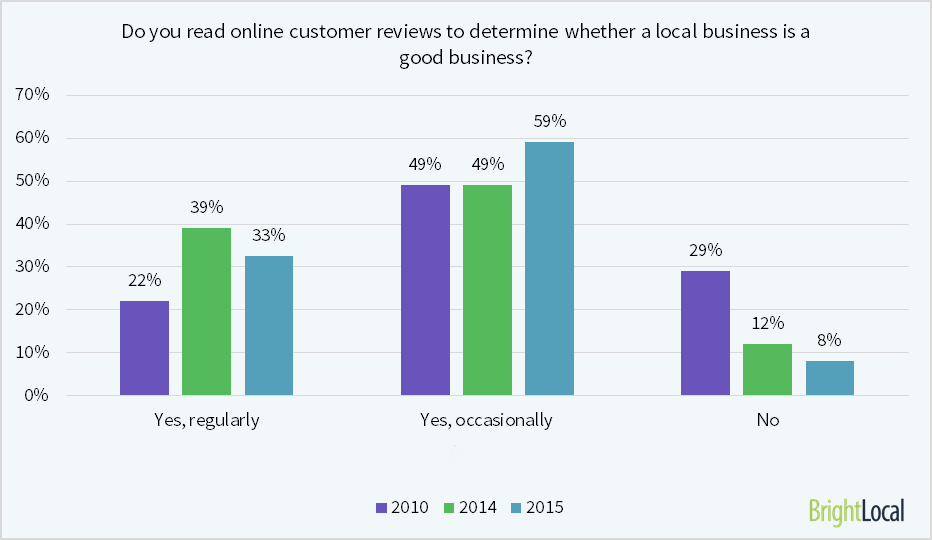 Updated App for Google My Business

Google updated the Android app of GMB, and promised an iOS app wouldn’t be far away. Amongst other features, the update brought the interface more in line with Google search and included an improved editor, greater visibility in Maps & search, and the ability to view closed listings.

In mid-September, BrightLocal published the findings from a survey designed to establish which marketing channels deliver the most clicks & calls:

Moz published their 2015 Local Ranking Factors study showing that behavioral / mobile factors had seen an increase in importance. The most significant movements year on year are represented below: 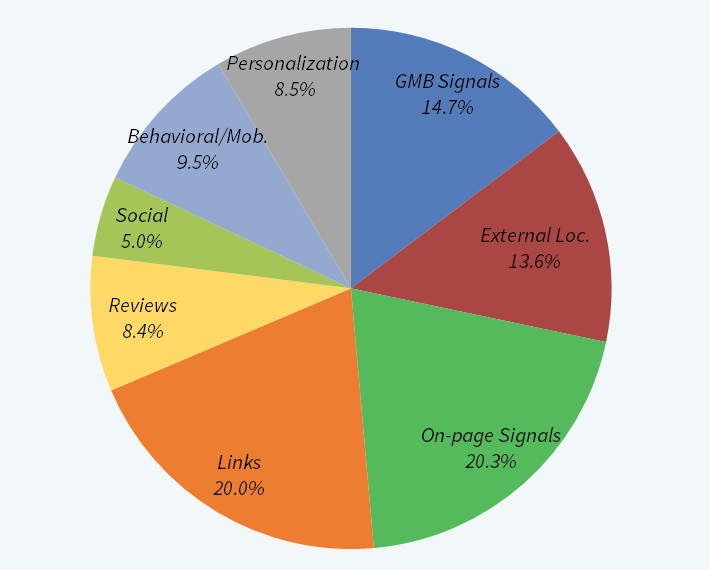 Google My Business gets a makeover

GMB got an updated navigation to make it easier for users to access the primary features, and more straightforward to access multiple locations. Google introduced tabs for editing, photos, insights, and reviews.

Yahoo partnered with Yext in September & outsourced its local listings management. Now by visiting Yext, you could submit your claim for a business listing on Yahoo.

It was noted that Amazon Echo could use data provided by Yelp to give information about local businesses. After an initial voice search, the mobile app would also show search results that included Yelp star ratings.

It was noted by Andrew Shotland that Apple Maps had updated its Acknowledgements Page to include Foursquare as a business listings provider. Furthers signs that Apple continues to make steady improvements.

Google unveiled a new look Google+ that removed information such as business descriptions, reviews, videos, and photos. Based on feedback acquired by Google, the new Google+ is a place for ‘interests’, with an emphasis on its ‘Communities’ and ‘Collections’.

Google removes the ability to set your location in search

In late November, Google removed the function which enabled users to define their location before carrying out a search. Thankfully, many workarounds were soon established.

Towards the end of the year, BrightLocal published the Local SEO Industry Survey 2015: 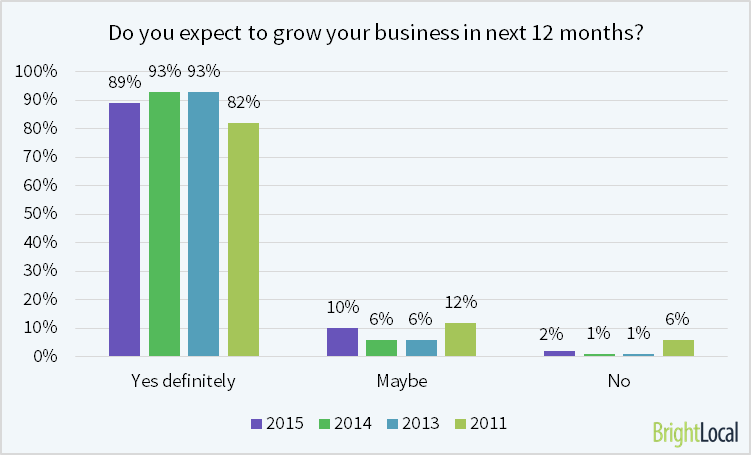