Negative reviews come in many shapes and sizes, but some business’ average star ratings have suffered greatly from their employee’s more divisive viewpoints being shared on social media, leading in some cases to businesses having to close down. Here, contributor Jason Brown explores what’s at stake and what you can do to avoid or minimize the damage.

We have long been told that we need social media to help promote our businesses. Social media is meant to allow our customers a way to communicate with businesses and for businesses to share their valuable information.

While we’re aware of The Red Hen’s decision to ask Sarah Huckabee Sanders to leave their restaurant and the fallout from that decision, the same thing is happening when businesses and employees post their opinions on social media. 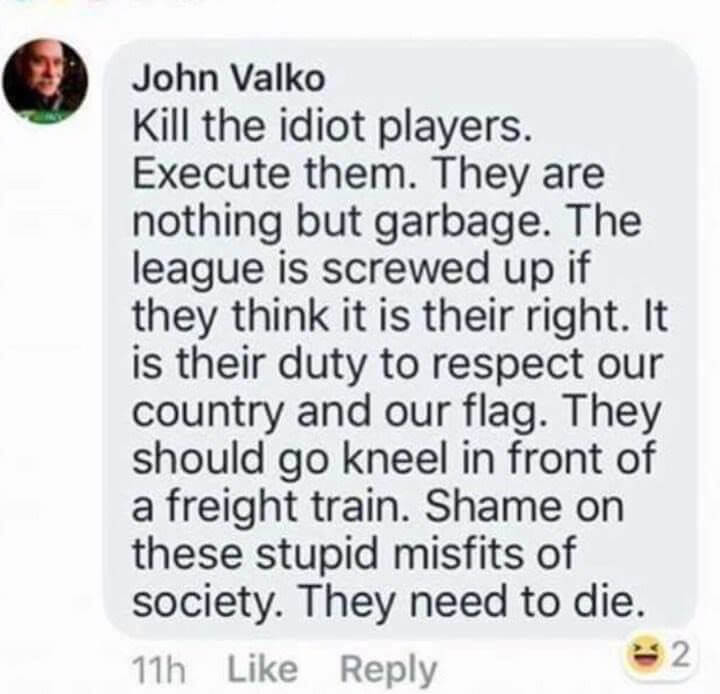 Reefpoint Brew House in Racine, WI threw themselves into the NFL kneeling debate when co-owner John Valko posted on the business’s Facebook page to “Kill the idiot players referring to the NFL players kneeling protest” in September 2017.

The post went viral and made the news. Angry and upset people started expressing their opinions disguised as negative reviews. People that supported the Facebook post also left positive reviews.

Yelp and Google ended up removing the reviews, and currently, Reefpoint Brew House’s Google My Business listing has eight negative reviews referencing the social media post. The most recent review was left 5 months ago.

Not all these social posts go viral

I’ve seen several requests for help on the Google My Business forum from a business that received negative reviews due to social media posts made on employee’s personal pages. The posts cover either political or religious viewpoints.

One of his biggest issues was that potential customers might not have known about the post that caused the backlash. They might have seen the low star rating and immediately passed on his business and gone with a competitor. 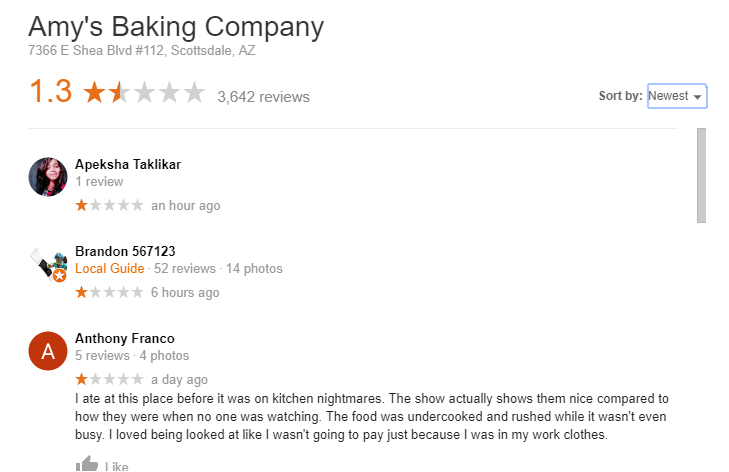 So you need to think about the long game and not the short game. Businesses that go viral for the wrong reasons continue to receive negative review attacks long after the incident.

Amy’s Baking Company (a masterclass on how not to behave on social media) still gets negative reviews to this day. Amy’s Baking Company went viral on May 11th, 2013 for how poorly they responded to complaints about them stealing the waitstaff’s tips. They closed their doors for good in September 2015.

Dr. Walter Palmer also still receives his share of fake negative reviews referencing the killing of Cecil the Lion in 2015. 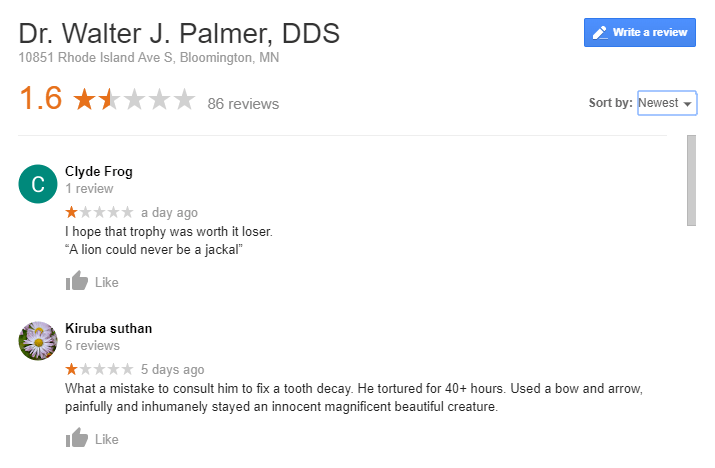 Business owners need to talk to their employees about their social media habits and the effects they can have on the business. There is a lot of anger in the air, and people are looking for an outlet to express themselves. Online reviews are just another tool people feel empowered to use to direct their anger at businesses.

Business owners and staff need to think long and hard before they post or share their political opinions on social media, as the ramifications of going viral can put you out of business.

What can I do if I get hit with negative reviews?

No business owner or employee sets out to destroy their company, but a crucial misstep on social media can have major ramifications.

For example, as I was writing this piece, one of my neighbors set off fireworks at 10:20pm on a Saturday night. My gut response was to post what I thought of their actions on Nextdoor, but my better judgment prevented me from doing it.

We are human and we have emotions, but how we choose to handle our emotions can be the difference in destroying your business and reputation.

“It takes a lifetime to build a good reputation, but you can lose it in a minute.” Will Rodgers

For multi-location businesses, tackling customer experience online can be tricky. With so many customers turning to Facebook for business information, reviews, queries, and more, it’s a critical that you understand ...

The importance of the authentic voice in marketing has grown significantly in the past few years, with influencers of all shapes and sizes sharing authentic messaging with their legions of ...