Understanding the Different Types of Reviewer

With many businesses facing increased competition and difficult trading conditions, reputation is more important than ever. It’s not just the fact that the majority of consumers trust online reviews as much as a personal recommendation either.

According to Yell Business, reviews can also help improve communication and customer service. They give your business credibility and act as social proof, even for very new businesses. Online reviews also provide other customers with valuable company information, with first-hand insights that business owners may not have thought to share.

Reviews are also becoming more prominent as a content format in their own right. Star ratings are increasingly visible in search results, with review add-ons for Google Ads and ratings in local search via Google Business Profile (formerly known as Google My Business). Sometimes, snippets of actual reviews appear in results, making them a highly visible source of information and a frequent stop on the customer path to purchase.

In ranking terms, reviews are also important. The 2017 LocalSEO Guide ranking factors study pegged reviews as one of the most important local ranking factors. The number of good and bad reviews received was determined to play a part in local pack positioning, as was the speed and frequency of response.

Responding to reviews is a way of showing the world how much you care about the customer experience — as well as being a way to earn a few more local SEO brownie points. All reviews should be acknowledged promptly, but it’s particularly easy to succumb to temptation and respond to a negative review as soon as you see it. Before you give in to this impulse, it pays to be aware of the six core types of reviewer so you can formulate an appropriate, effective response to fit.

With only 63% of consumers having left a review for a local business, there are still plenty of shoppers out there who haven’t ever felt moved to review a business.

When you do encounter a first-time reviewer, keep in mind that if yours is the first review they’ve left, they clearly feel quite strongly about their experience (whether good or bad).

How to deal with the First-time Reviewer

You should take a first-time reviewer seriously and if good, appreciate that your service must have been outstanding to push them into leaving a review. Make sure to pass this feedback on to your team, and congratulate them on a job well done!

On the flip side, negative reviews must be delicately handled and considerable thought given to the response.  It’s unlikely that you will receive further interaction after the initial review, even when you do respond, but that shouldn’t impact how you proceed.

In the case of a negative review, ask yourself if there is any truth in the feedback and if changes need to be made internally to rectify the issue being flagged up. If valid, your response should outline the steps that will be taken to avoid this issue again in the future. And, if you disagree with the reviewer’s claims, politely and professionally provide your side of the story. This will help provide context to readers. 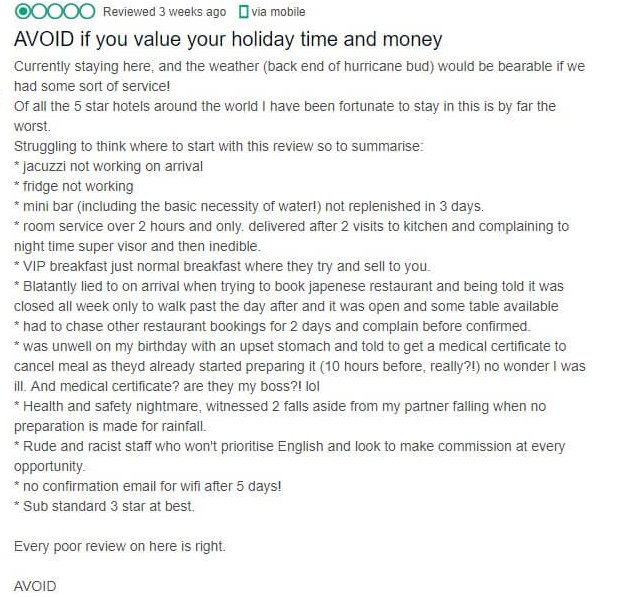 Serial complainers are the exact opposite of first-timers and will be prolific reviewers. They’ll have a long and storied history of leaving negative reviews and will likely review every business, product or service they use. They may well be incredibly picky and have unrealistically high standards or expectations of what they have actually paid for.

How to deal with the Serial Complainer

Tread carefully here, as the serial complainer has had lots of experience with other businesses just like yours. They are professionals at making you look bad. Your response will need to be very measured while also addressing the points made. Look at how other businesses have fared when dealing with them and avoid making the same mistakes.

Be aware that the serial complainer is very likely to continue the conversation and will respond back to your comments, often with additional complaints or disagreements. And if you can’t change their mind, don’t be too disheartened! 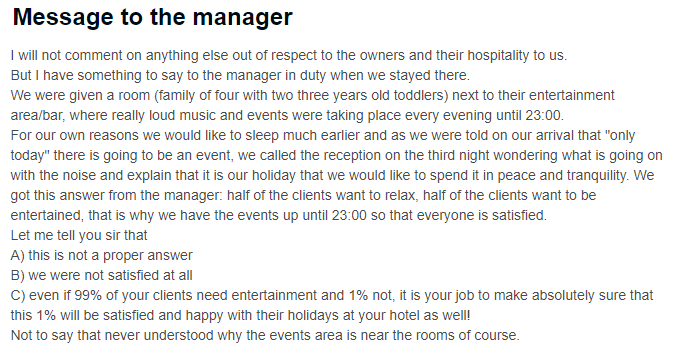 The direct communicator won’t mince words. They’ll get straight to the point and expect someone senior to take note. These are people who don’t direct their reviews to the world at large, but to you, the business owner.

If they’re negative, they’ll want to receive a very personal response and likely want to have the discussion on the public review site rather than over a private email conversation.

How to deal with the Direct Communicator

When dealing with a direct communicator, don’t be tempted to be similarly abrupt in your response.

Be clear but not overly wordy and don’t resort to a direct or confrontational style. Avoid making excuses too – the direct communicator values straight talk and expects swift action. 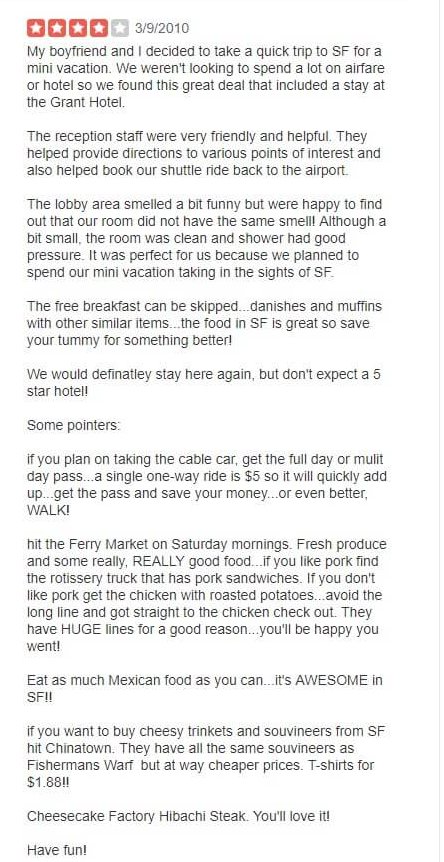 They will share the smallest of details and paint a picture of their entire experience – typically including lots of information not directly related to the product or service being reviewed. You can recognize a storyteller by the length of the review. There’ll also be plenty of the reviewer’s own recommendations, suggestions, and advice.

How to deal with the Storyteller

If your storyteller is posting a negative account of their dealings with your business, take time to check and re-check your response before posting, as the storyteller will often be highly critical of replies which aren’t equally as thought out.

This doesn’t mean you should match the tone or length – don’t be tempted to add lots of background info if it doesn’t serve a purpose. Likewise, if they’re sarcastic and snide, don’t be tempted to match this tone, as it’ll likely backfire, and potentially damage onlookers’ opinions of your business.

The sharpshooter pulls no punches. The review will be brief and to the point,  and perhaps poorly written or rushed. Don’t respond in kind to a sharpshooter or go too far the other way with a long-winded response.

How to deal with the Sharpshooter

When dealing with a review from a sharpshooter, be conscious that your reply should be concise but not short. Use succinct, clear sentences rather than wordy, elaborate ones to better reflect this type of reviewer’s communication style. 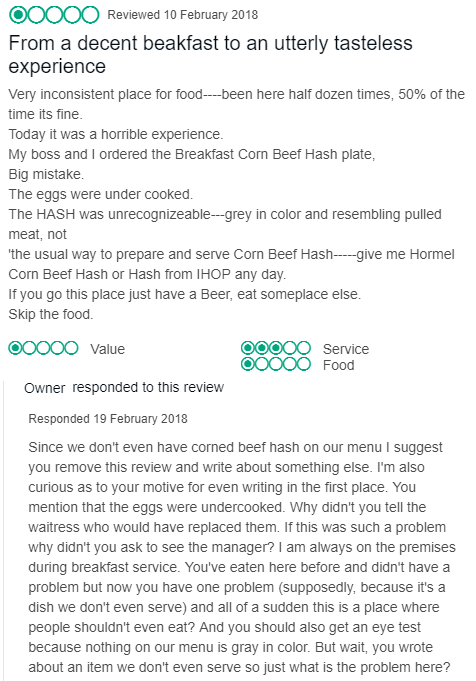 Most businesses will have fallen victim to a fake review at least once. If you’re in that boat, you’ll agree that the faker is the worst kind of reviewer.

A faker has never used your business or purchased your product. Despite this, they have a grudge and delight in leaving one-star reviews with made-up complaints to damage your online reputation. They may be working on behalf of a competitor (or even be a competitor!) Do some research on them and see if they have links someone who would have beef with you. The review itself may also shed some light on this.

How to deal with the Faker

If you suspect a review is fake, check your customer records to determine if they have ever used your business.

Don’t be tempted to reply straight away if you think it’s fake. Instead, take a look at BrightLocal contributor Ben Fisher’s guide to getting fake reviews removed. In the meantime, focus on acquiring new positive, genuine reviews to push the fake one star down.

We’d love to hear your thoughts

What kinds of reviewers have you encountered and what tips do you have for responding? I’d love to hear about your experiences in the comments below.

Jamie Pitman
Jamie heads up BrightLocal's content team, ensuring we produce insightful articles, research and resources that enable businesses and SEOs to get even better results in local search.
See all of Jamie's articles (98) Follow Jamie on Twitter