Google has been collecting information about what users think about businesses for a very long time, and now you can see these ‘Subjective Attributes’ in your GMB Insights. Contributor Ben Fisher explores where these attributes come from and what they can teach you about your business and its audience. 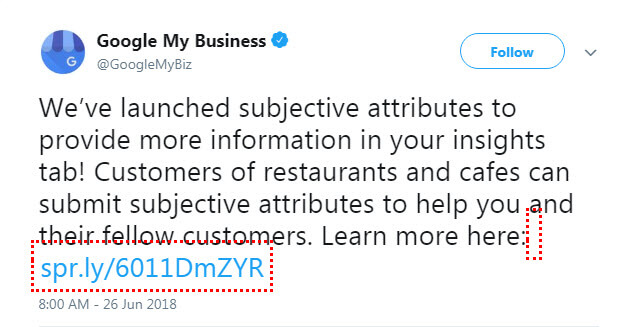 What are Subjective and Objective Attributes in Google My Business?

Attributes in Google My Business are statements that say something about your business in very few words and help searchers decide whether your business is what they’re looking for.

All Google My Business managers have the option to add and edit objective, factual attributes in their listings information to let customers know more about what they offer. For example, a restaurant can show they accept credit cards, have a happy hour, offer late night food, or serve comfort food.

It’s important to note, however, that searchers can also make suggestions about these Objective Attributes. When there is enough supporting input from users, then Google may “suggest” these changes in the Google My Business dashboard. As a listing manager/owner, you should monitor these suggested changes on a regular basis to ensure you business is being accurately represented.

Some real-world examples of Objective Attributes: 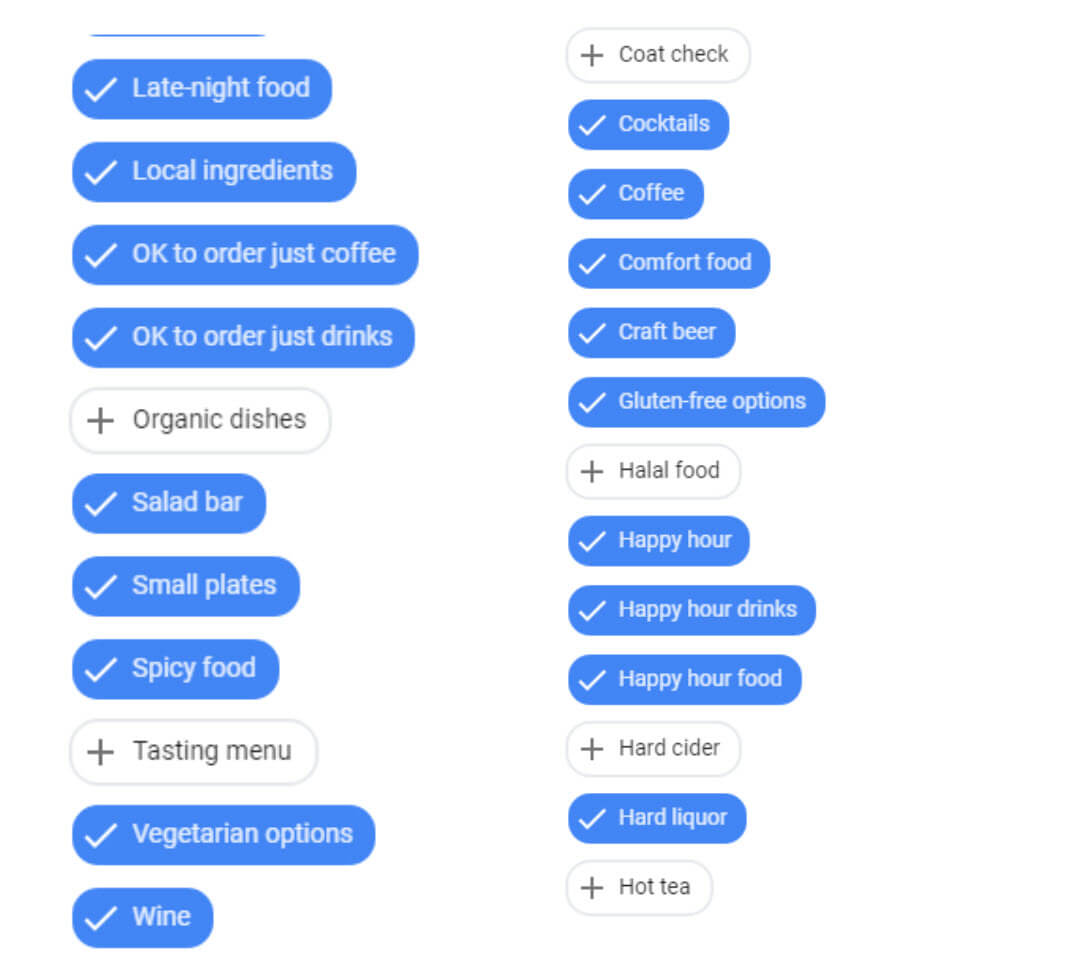 This is what Attributes look like in Google My Business Insights: 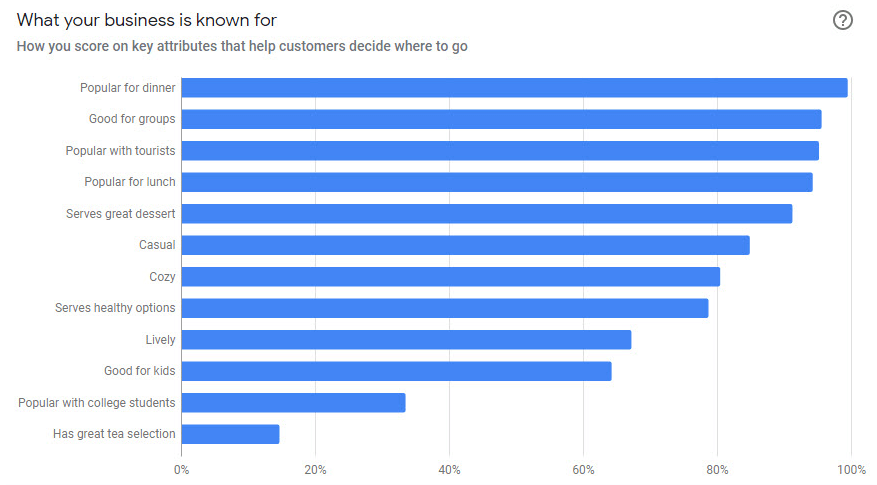 A Brief History of Google My Business Attributes

Around the same time, Google started asking users if they “Know This Place?” on Android and iOS versions of Google Maps. This was when and how Subjective Attributes started to be gathered by Google.

We know that Google is a Machine Learning-first company, but the value of human input is paramount to the dataset as the algorithm continues to learn. As is with all data provided by humans, it is subjective to the way a person feels at any given time. Therefore, Google must ask the same question (or variants of the same question) to as many users as possible to determine the right answer.

Fast-forward to today, and many businesses now have the ability to edit their attributes. Some industries only have a handful of attributes while others, like hotels and restaurants, have many options.

And until now, it has been largely unknown how Subjective Attributes would be used. Only now are we getting a glimpse about how Google is using these attributes on the front end.

How reliable are GMB Insights?

As Gyi Tsakalakis pointed out in his article, GMB insights are not always as reliable as we would like them to be. All GMB stats are based on large samples of data and insights, and ‘Calls and clicks’ are not always reliable, but as with any tracking software these results can be used as a baseline for trending data.

When it comes to Subjective Attributes, since this is all based on crowdsourcing, there is a pitfall in the data gathering. As you can see in the animation above, users are initially only presented with three options per question:

However, users can also select “More Choices”, at which point they’ll be presented with the following options:

These additional data sets are more than likely being used to train Google. If enough people state that the question is not clear, then it is logical to think that other users may see a variant of the question.

How this can be gamed and where is the danger?

Just like fake reviews, I am sure that someone will come up with a way to try and game this system. If you could convince enough users that they have been to a certain restaurant and answer questions that are true as false, then this could potentially create inaccurate Objective Attributes that mislead the consumer. Of course, this would be maddening as they cannot be edited.

So, what can you do as an agency or a business owner?

The first thing you can do is look at what questions are being asked by Google. Catalog the questions on a regular basis and look for new ones.

The next thing you could do is edit your GMB Business Description to include the Objective Attributes you want users to highlight. You could do this with Google My Business Posts as well.

Another option is to take this offline. Hang up signs that tell your customers about the business. This way when they look at the questions Google is asking they will have the idea planted in their mind. You want to be known for being family-friendly, right? Why not remind them of this when they’re visiting?

I’d love to hear what you think

If you have some stories about your experience with Subjective Attributes, please share them in the comments below!

Ben Fisher
Ben Fisher is a Google My Business Platinum Product Expert, and an experienced veteran in SEO and social since 1994. He is also a contributor to the Moz Local Search Ranking Factors Study. He’s the co-founder of Steady Demand, which works with agencies and businesses to maximize outsourced Local SEO and Social Media. He can be reached on Twitter at @TheSocialDude or @SteadyDemand.
See all of Ben's articles (15) Follow Ben on Twitter

Google My Business Insights is one of the most useful tools in a local marketer’s arsenal, but it comes with its own set of challenges. With little out there to ...

Editor’s Note: This post was originally published on Nov 2nd, 2018. At the time, there was some confusion over what the ‘Branded Searches’ metric in Google My Business Insights actually ...

Google recently launched Insights specifically for the performance of Google My Business Posts, but how accurate are they? Before you start weeping about poor Post performance, take a look at ...